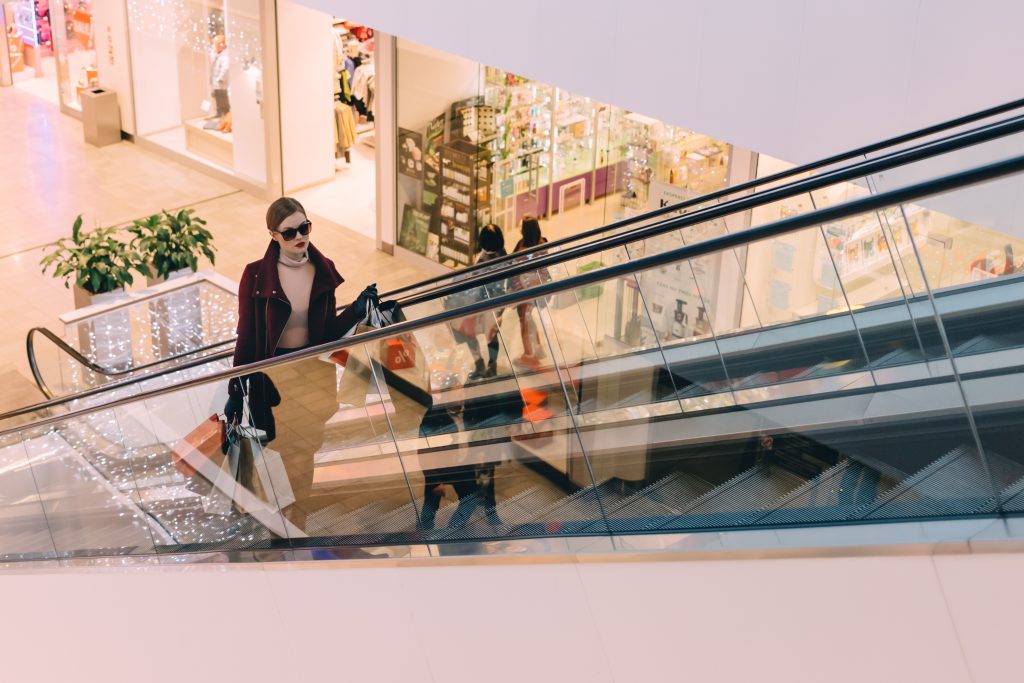 Two of our most recent product roundups here from the CNET Smart Home team are rundowns of the best air purifiers and the best tower fans. The Dyson Pure Cool TP04 made an appearance on both lists, because it is both. At a hefty retail price of $550 (£500, AU$799) the sleek-looking, HEPA filter-equipped appliance promises to purify the air in your home while simultaneously casting a cooling breeze from side to side. Thanks to a built-in Wi-Fi radio, you can control the thing remotely and track your home’s air quality from an app on your phone, or turn it on and off using voice commands with Siri or Alexa.

How it stacks up

As he tackled the tower fans, CNET’s Ry Crist came to appreciate the TP04’s bells and whistles and its near-silent performance, and called it a worthy upgrade pick for folks willing to spend. Dave Priest, meanwhile, was less enthused about the TP04 in his write-up on air purifiers, and questioned whether it was really any better than top-performing air purifiers that cost hundreds less (third-party testing suggests that it isn’t).

Now, the two of us are teaming up to come to a consensus on the TP04. In a way, we’re both right. Whether you’re looking for a tower fan or an air purifier, the TP04 is clearly more machine than most people need, and there are plenty of alternatives that can handle a hot, stuffy home for hundreds less. For those who want to keep a closer eye on air quality in their home — who would appreciate a device’s helpful nudges when, say, a Saharan dust cloud is approaching — the TP04 is a justifiable bit of excess.

Most people, however, will be better served by saving their money and opting for something less sophisticated but just as functional.

From vacuum cleaners and desk lamps to hair stylers and hand dryers, Dyson is practically synonymous with bold, modern design, and the British company’s air-purifying tower fans are no exception. Available in the US in five colors, the TP04 is a sleek status symbol for your living room or bedroom, and about as good-looking as air purifiers or tower fans get.

The color-coded air quality score on the front of the device makes it easy to see when the level of pollutants in the air is rising.

With a familiar elliptical shape, a fan in the base that blows air up and out through vents in the loop, and the same, nifty magnetic remote that docks on top, the design hasn’t changed much at all over the years. Save for the addition of an LCD screen on the front of the device, it’s nearly impossible to tell the TP04 apart from its Pure Cool predecessors at a glance. The design wasn’t broke, and Dyson didn’t fix it.

Don’t be too quick to gloss over that LCD screen. It’s a subtle thing, but having a visual indicator of real-time air quality conditions empowers you to make quick, informed adjustments at a glance. That’s a meaningful upgrade, and one that makes it much easier to feel like you’re using the TP04 correctly.

Tap a button on the remote, and you can cycle the display between a color-coded air quality score, a real-time air quality line graph, the ambient room temperature or humidity, levels of specific types of pollutants like allergens, or the filter status. If you find the screen distracting, you can activate the Night Mode setting to automatically dim it down. All of it feels thoughtful — and appropriately high-end, given the price.

Most air purifiers can be judged by a combination of factors: how well they filter particulates out of the air, and how much air they cycle through in an hour. Dyson’s HEPA-certified filter will reliably remove 99.97% of particulates of 0.3 micrometers in mass — a particularly difficult size to capture — which means it should remove the vast majority of pollen, smoke particles, aerosol droplets and other irritants that might be floating around your home. It also has an activated carbon filter, which will capture odors and gaseous pollutants, until the carbon is saturated, which happens fairly quickly with most consumer-grade air purifiers.

An inside look at the TP04’s HEPA filter (left) and activated carbon filter (right).

The TP04 functions perfectly well as an oscillating tower fan, and while it isn’t quite as whisper-quiet as our top tower fan for low-volume performance, the Honeywell QuietSet, it’s still less noisy than average, maxing out at 48 decibels at close range. When it comes to air cycling, Dyson’s bona fides are a little harder to verify than other air purifiers on the market. The company doesn’t submit to the same Association of Home Appliance Manufacturers tests — which produce helpful purifier-to-room size suggestions — as most competitors, because it claims, those tests don’t reflect real-life use cases.

Instead of testing for clean air delivery rate, which AHAM verifies, Dyson submits to its own test, which features a much larger room with nine sensors placed at intervals around it. The claim: Dyson’s oscillating fan helps circulate air more effectively than other air purifiers, which without strong fans may just create clean air bubbles around themselves.

The problem is that independent researchers we’ve spoken with at length expressed confidence in AHAM’s tests — and we’ve seen no evidence to suggest that well-rated air purifiers create the “clean air bubble” Dyson has suggested they do. What’s more, third-party testing like Wirecutter’s hasn’t turned up significantly better results in large rooms for Dyson than its competitors.

In short, the air around Dyson’s cleaning claims isn’t particularly clear, and its $550 price tag well outstrips demonstrably solid home air purifiers built for large rooms — such as the excellent $250 Honeywell Home. If you love the design, Dyson’s Pure Cool will look cool and likely do its job in your home. But if you’re not completely enamored with the extras, you can find better performing purifiers for less than half the price. Make that a tenth of the price if all you’re looking for is a decent tower fan.

All about the app

Connecting the TP04 with the Dyson Link app is simple enough — just plug it in and follow the pairing instructions on your phone. Once it’s on your home’s Wi-Fi network, you’ll be able to track air quality and adjust settings from the app. There are also quick instructions for how to pair the device with Alexa or Siri, which lets you turn the machine on and off, or toggle its settings with your voice. That’s a great option, but it’s a shame the TP04 doesn’t support Google Assistant voice controls, too.

The settings available in the app go above and beyond most air purifiers and tower fans. For starters, you can adjust the fan speed on a 10-point scale or adjust the oscillation angle between four different settings: 45, 90, 180 or 350 degrees. You can set a sleep timer for as little as 15 minutes or as long as nine hours. If you want to run the purifier without casting a breeze across the room, you can reverse the airflow direction so it blows backwards. The app will also let you create a weekly schedule, where the TP04 will run at your preferred settings at specific times on specific days.

Along with Alexa, the TP04 supports Siri voice commands.

If you just want the TP04 to do whatever it needs in order to keep air quality optimal, you can set it to run in Auto Mode. If you’re using it in a bedroom and you don’t want Auto Mode to crank up to its noisiest settings while you’re trying to sleep, you can activate Night Mode at the same time to cap the fan’s speed at 50%. All of it works perfectly, and it lets you use the machine however you like.

As for the air quality metrics, the app’s home screen uses your ZIP code to track conditions in your region alongside what it’s registering inside your home. With a tap, you can pull up a series of line graphs showing overall air quality in your home, as well as specific metrics like the level of volatile organic compounds or allergens. You can also track ambient temperature and humidity over time, which is nice info to have on hand.

A recent weather phenomenon here in Louisville, Kentucky gave us a good chance to test all of that out. An enormous cloud of Saharan dust made its way across the Atlantic and settled over the southeastern US (2020, amirite). Local meteorologists warned of poor air quality as a result — specifically, an excess of PM2.5 and PM10-sized pollutants. Sure enough, that’s exactly what the TP04’s sensors began to detect.

In Auto Mode, the TP04 immediately cranked itself up to the highest settings to try to get those numbers down. Gradually, the app’s line graphs for each kind of pollutant began to fall. After an hour or two, everything was back in green territory. At that point, we turned Auto Mode off and set the TP04 to 50%. That wasn’t enough — the lines started creeping back up into yellow and towards red. Apparently, Saharan dust is no joke, and the TP04 needed to run at full blast in order to handle it.

What’s important is that Dyson’s Auto Mode was smart enough to recognize the challenge, and the app detailed enough to allow us to track it in real time. That’s a level of control that should please power users and weather nerds alike.

At $550, the Dyson Pure Cool TP04 is appropriately fancy and full-featured, but it isn’t demonstrably better at its core job than air purifiers or tower fans that cost significantly less. Like most things at Dyson, the in-house performance claims are the product of good engineering. That leaves it to the high-end design and the app-enabled features to really justify the sky-high asking price. For most of us, they probably don’t.

Still, the TP04 works well and looks great, and it offers a level of meaningful air quality control that you won’t get with other air purifiers. If that’s more appealing to you than a traditional set-and-forget appliance, then Dyson’s air multiplier might make sense as a luxury purchase. Otherwise, you’re better off shopping for a less expensive alternative.

If you are you looking for more info about golf set for females visit our internet site.

What You’re Able To Do With A Music Degree?

1) Decides instrument feels. When I pick it up or sit at it, Excellent that can be silent, in support of when I press or strum, does that beautiful creation start to purr. Playing an instrument is among the best ideas that anybody can ever for you to do, and holding the instrument could be

So some of these ‘Remixers’ as I shall to be able to them, are set to give away this favorite music. A mainstream artist depends on album sales to generate an income, let alone all the record companies behind these. But now, teenagers could be ready to make their own music at home, and who